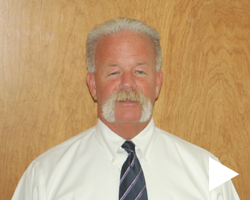 Former Union Leader and Organizer:  Scott’s successful career as a labor relations consultant commenced after a dedicated 20 years with the International Brotherhood of Teamsters.  A highly respected union leader, Scott was responsible for the organization of many hundreds of new members. This task carried over to the bargaining table, where Scott negotiated and enforced labor agreements with many diversified companies in the manufacturing and service   industries, in addition to several Fortune 500 firms.    In addition to his leadership role within the Teamsters, Scott was also the Fiduciary/Trustee for Taft-Hartley funds

Scott is a dynamic leader and team builder with excellent communication skills. From frontline workers to corporate CEOs, Scott’s ability to effectively communicate issues and position his ideals with credibility and integrity has been invaluable during a union organizing drive. His extensive knowledge of employment and labor law, in addition to his privileged understanding of union campaign strategies, enable him to identify, call out, and enforce correction of misleading information   being    delivered   to   employees.  Further to that, Scott’s transparency and understanding of frontline employees and their supervisors help him engage in, and connect through, face-to-face conversations where he may help those same employees separate fact from union fiction.

In addition to consulting during a campaign, Scott provides many preventative services, as well as guidance on working with a union.  Some of those opportunities include, but are not limited to, leadership training on union avoidance; creating positive employee relations; benefit and compensation programs; and grievance and arbitration resolution.

In my prior article, “The Secret Sauce of Maintaining a Great Place to Work,” there were five ingredients needed for an optimal work environment. One ingredient, “creating an avenue for employees to participate in decision-making on matters that affect their work,”...